We purchased this game for my kids a couple of years ago.  I had this same game as a kid and thought my children’s childhood wouldn’t be complete without it.  This game is so simple and easy to learn that even my two year old will join in on occasion.  First off, this game is great for teaching colors.  If you’ve never played before, the rules are simple. Each player has a character that moves along the path of the game board.  Each turn, a player draws a card and has to move to that next color on the board.  Today as I was playing with my three and five year old, I had them count the squares as they moved on each of their turns.  For each turn, they would typically end up counting anywhere between 1-10 spaces.  On one of my son’s turns, he drew a special card and ended up getting to move 40 spaces.  That was great practice for both of my kiddos.  Usually my 3 year old is able to count to 14 before starting to say random numbers out of order.  We are currently working on getting her to count to 20 independently and consistently.  This game made for great practice.

We purchased this game for my kids around the same time as Candy Land.  I’m pretty sure Wal Mart was having a sale so they were only like $5 each which is a great price.  If you’ve never played this game before, it is also super simple, but fun for preschoolers.  Each player has their own cherry tree and cherries they put on it.  You spin the spinner and depending on the picture you land on, you get to either put cherries on your tree or take some off.  This game is a great way to practice counting as well as addition and subtraction.  You can also ask your preschooler questions such as “Who has more cherries on their tree?” “Who has the least amount of cherries on their tree?”

Ok, so this one isn’t technically a board game, but my two year old loves this game.  He mainly loves to carry the pig around and just feed him the little hamburgers, but there are many math concepts to be practiced in this game.  For this game, you roll the dice that has a color on each side.  There are green, red, and purple hamburgers and on the bottom of each one is a number 1-3.  Each player rolls the dice and then have to pick a hamburger of the

corresponding color they roll.  If they roll a multicolor side, then they can pick any color.  Once they pick up one of the hamburgers, you flip it over and see what number is on the back.  The player then feeds the hamburger to the pig and has to click down the pig’s head the number of times the hamburger said.  Once the pig’s stomach is full, the pig will “pop.” This game is great for number recognition, and counting.  It’s also great for color practice.

There are so many fun preschool games that have ample opportunities to practice important reading and math skills. I’m always looking for ways to incorporate learning into our everyday activities and games are a great way to do it. 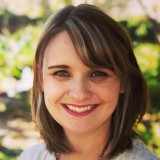